Is the Driver Shortage ‘Fake News?’

Posted by Trimble Transportation on Apr 25, 2019 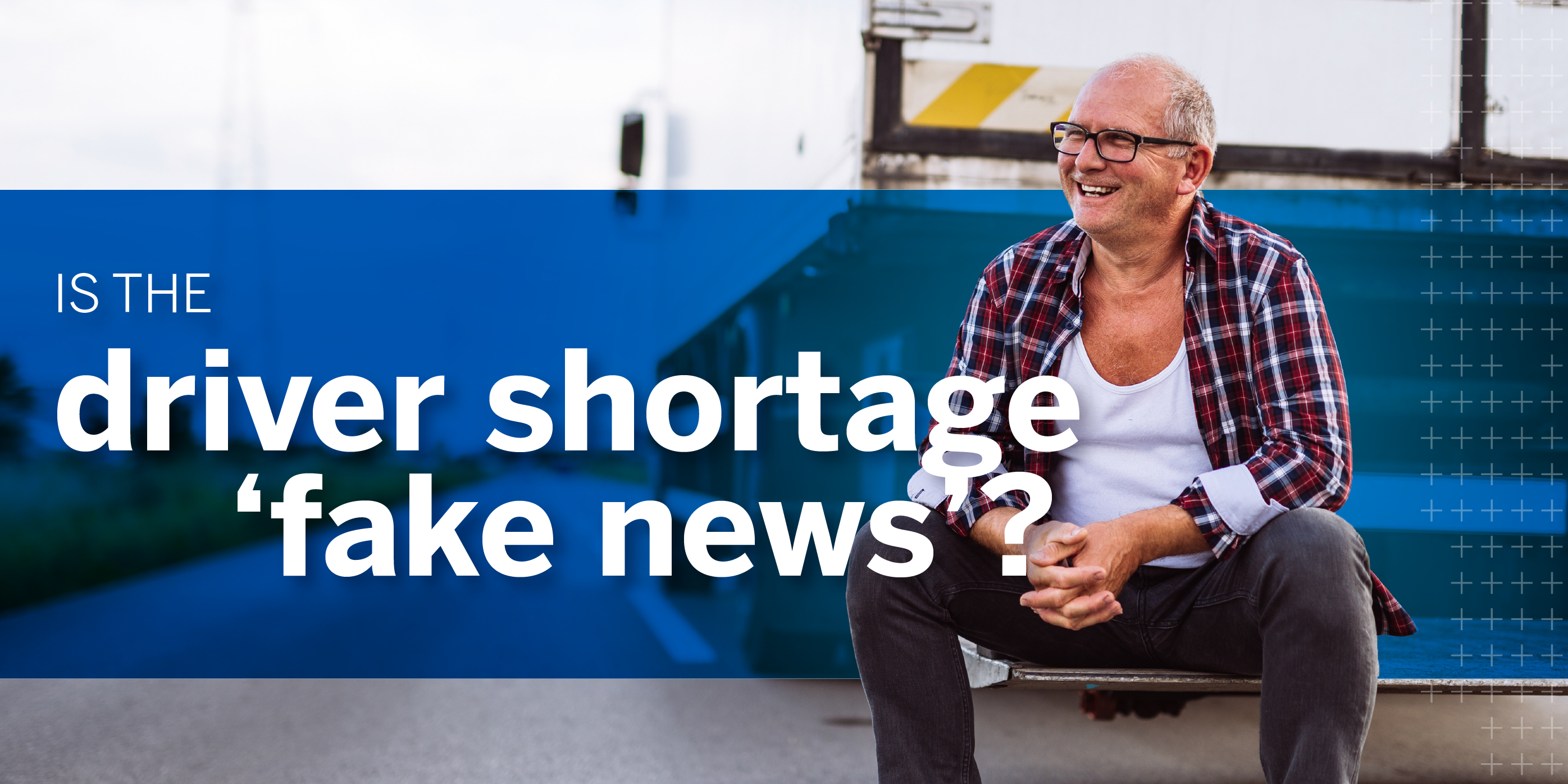 It is either an existential threat to the trucking industry or the biggest non-event since Geraldo Rivera cracked open Al Capone’s secret vault back in 1986.

The topic? The driver shortage, of course – an issue that has garnered countless headlines over the past several years and which some fear eventually could slow the North American economy. So, is the driver shortage ‘fake news?’ The US Bureau of Labor statistics analysis says yes; industry insiders disagree.

According to the American Trucking Associations (ATA), the industry has faced a systemic shortage of qualified drivers – particularly in the long-haul for-hire segment – since the early 2000s. The current shortage numbers in the tens of thousands, according to ATA, which says the gap could grow to as many as 175,000 drivers by 2024.

And it’s not as if ATA and other industry overseers are imagining things: Fleet operators of all sizes are struggling to seat their trucks. Moreover, ATA Chief Economist and Senior Vice President Bob Costello estimates the industry will need to attract an average of 89,000 new drivers each year over the next decade simply to cover retirements, increased freight volume and other factors.

On the other side of the argument is the US Bureau of Labor Statistics (BLS), which recently published a report titled “Is the U.S. labor market for truck drivers broken?” The answer, according to authors Stephen V. Burks and Kristen Monaco, is a resounding “no.” In fact, they make clear from the first sentence their intent to debunk persistent claims by fleet operators, associations and others that the labor market for truck drivers is more challenging than it is in other blue-collar categories.

The authors’ argument is based not on personal observation or even interview with fleet executives. Rather, it’s rooted solely in traditional economic theory. You know, supply and demand, elasticity vs. inelasticity, circular flow diagrams and other mind-numbing concepts taught in Econ. 101 and 102.

While the BLS analysis landed, unsurprisingly, with a resounding thud among most trucking industry participants, it spurred a new series of headlines, including “Busting the ‘Trucker Shortage’ Myth” (Barron’s); and “BLS says truck driver shortage isn’t real” (Business Insider).

So where’s the disconnect?  Why does the trucking industry continue to face driver-related capacity constraints in spite of significant recent wage increases? After all, according to economic theory, rising wages are the silver bullet in a tight labor market. Yet the industry’s driver shortage is growing, not shrinking, and turnover continues to hover above 90% for large truckload carriers.


Something’s Got to Give

It is a core belief in economics that established markets work in a rational manner. Indeed, the authors of the BLS report note that the trucking industry’s labor supply shows “indicators of normal market behavior” and “works about as well as that for other blue-collar occupations.” The authors back these claims with plenty of data points, including driver wage growth; “occupational migration” into and out of trucking; expected earnings increases; and more.

What they fail to master, however, are the many characteristics that distinguish long-haul trucking from other blue-collar careers. It’s fair to assume that neither author has earned a CDL, much less piloted an 18-wheeler from Nashville to Los Angeles and back. Presumably, they have the opportunity to eat dinner with their families at the end of each workday. A few seconds' distraction in their jobs probably wouldn't risk disastrous consequences. And their ability to be fairly compensated for their work isn’t limited by traffic congestion, hours-of-service regulations and lengthy load/unload delays at shipper locations.

Just a few days' work as a long-haul trucker would convince many of us–and perhaps even the most ardent economists–that the commercial freight industry is not a rational labor market. The industry’s most important assets–the professionals piloting 33,000-pound rigs–pay the highest price for its operational inefficiencies. Therefore, when  the BLS equates the labor market for long-haul truckers with that of other blue-collar occupations, the math just doesn’t work.

Not surprisingly, ATA’s response to the BLS report was both immediate and strong. “Unfortunately in their article Mr. Burks and Ms. Monaco demonstrated some basic misunderstandings about the trucking industry generally,” read a statement from Bob Costello.  “…unlike their blue-collar brethren, truck drivers are often away from home for long stretches as part of the job.”

Costello pointed out that the BLS analysis undercuts its own primary conclusion–that the labor market demonstrates normal patterns of supply and demand– by admitting that in spite of rising wages for truckers, the driver gap continues to grow. “This alone suggests there is a systemic issue with getting enough labor in the for-hire truckload driver market,” he wrote.

While the BLS analysis demonstrates why conventional economic theory is a poor match with the driver market, it at least brought fresh attention to the issue. Wage increases have failed to attract large numbers of qualified new drivers. Signing bonuses have contributed to driver turnover. Unfortunately, some recent media coverage has reinforced the perception of truck driving as a career of last resort. A recent USA Today article featured the headline, “Women are increasingly joining the deadly world of truck driving, confronting sexism and long days.” Not good publicity, to say the least.

The driver shortage is real and could have a profound impact on carriers of all sizes. While the industry is focused on the issue, point solutions such as wage and benefit increases are not enough. Until the industry invests the same energy and creativity in protecting human assets as it does over-the-road equipment, a long-term solution will likely remain out of reach.

Luckily, the entrepreneurial spirit that helped carriers earn a dominant share of the North American shipping market is very much alive.  Now we need to apply the same level of innovation to attracting and retaining our ultimate value--drivers.

Modern technologies are enabling businesses to dramatically improve operational efficiency and ROI. See how by downloading our special guide, “Counteracting the Driver Shortage With Proper Recruiting and Retention, Pt 2.”